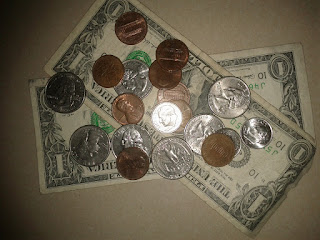 It has been a long explanation by conservatives that the "Free Market" will solve all of our ails. The biggest one in recent history is the cost of health care, if we just leave it to the free market then prices will come down, there will be sunshine and flowers! Anyone who is a fan of "Freakonomics" will understand why it is not quite that easy. You need to find what incentive there is to see what outcome they pursue. A good marketing company can say that your company is "helping the world be a better place." Heck, the coal industry has been running a bunch of ads explaining how coal is the new "Clean" energy. Kind of hard to believe, because it is hard to believe.

Now in the Republican debates every single one of the candidates has said that they would like to remove "Regulation" and they want to start with agencies such as the FDA and the EPA because "We don't need to regulate those things anymore, the free market will handle it." I am a strong supporter of the free market and the competition that it generates but, to say that we don't need these valuable establishments is very uninformed. The EPA isn't something that appeared on July 5, 1776. We created it for a reason and we have data that shows the differences before and after. EPA regulations have some great benefits, for example one regulation, "Clean Air Act" has dramatically changed the pollution that power companies emit. It has produced tangible reductions in emission of lead, mercury, and pollutants that cause acid rain.

The previous industry incentive was to create cheap power and the cheaper the power the more money the company would make. Seems simple enough, and it makes for good competition and drives down the cost of electricity. But there is one problem, everyone other than the power company has a different incentive, breathing in clean air, drinking clean water, and other such non-profit generating activities. Now does that mean that the power companies are to blame, not necessarily, but it does mean their incentives are not balanced with the greater good (with things such as breathing). This is where (good) regulation can make a big difference in the lives of everyday citizens.

Another point distributed as fact is that by creating regulations like the "Clean Air Act" you are destroying jobs. This is far from truthful as these types of regulation create entire industries that work on the same "Free Market" principle. The only difference is the incentive, their incentive is to make a cheaper product that drives down pollution and provides clean air.

If we can harness the ability of the Free Market to drive down prices as well as creating industries that help the greater good we could have a very powerful machine driving the country to a better, cleaner future.